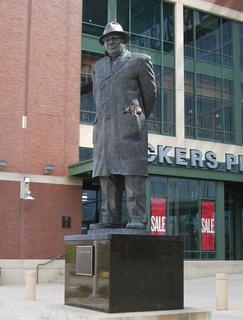 In the National Football League head coaches are hired and fired with impunity. Despite occupying the most important position in the entire organization a head coach is lucky to keep his job for more than three or four years. Long fascinated by this "revolving door" management style in our most popular professional sport, I decided to study the head coach transition process in depth. In order to do so, I discovered that it was first necessary to come up with a simple, easy to understand (but very precise) system to evaluate the performance of every man that has prowled the sidelines over the past half century. After much analysis, evaluation, and trial and error in 2009 I developed my Coaching Assessment Scoring Hierarchy (CASH) system for measuring a head coach's career performance.

I have now rated 308 head coaches from the very best to very worst. Take a look at my All Time lists of the very Best and the very Worst. I am certain you agree with me in every case!

Once I had pinned down who were the best, worst , and everyone in between, I was then able to compile their salient attributes and deficiencies from which I have come up with a profile of the "perfect" pro football coach.

Utilizing  the results of my research and analysis this website has two basic objectives:

When your team gets in the barrel, I can answer the perplexing question:   "Who are you going to get?"