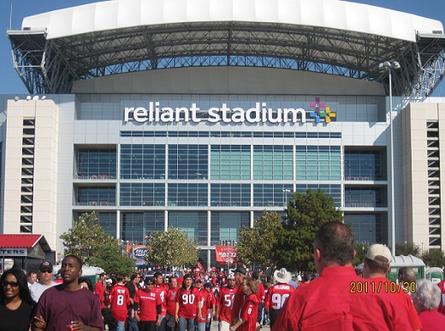 A  CASH score is a measure of the entire lifetime body of work of an NFL head coach. Although it takes on more and more meaning over time as a coach accumulates games coached, any coach, even one who has been there for a single game, does have a measurable CASH score. Based on the incomplete career achievements of the current crop of head men the following is how we rate some of the brightest and dullest through the 2020 season.

Chicken today, feathers tomorrow. The National Football shows yearly how tough it is to get to the top and even more difficult to stay there. Last year we had Doug Pederson in Philadelphia as our 8th ranked current coach. Apparently, his recent Super Bowl meant little as they fired him at the end of the year. Newcomers Kevin Stefanski, Sean McVay, and Greg Lafleur have posted CASH scores close to the old master, but only McVay is within two more seasons of qualifying for All Time consideration. It is noted than Sean McDermott at Buffalo has eased into the top ten.

​The lesser achievers include interim coaches, such as Romeo Crennel in Houston who reinforced the fact that head coaching is not his forte. Matt Patricia didn’t survive four seasons in Detroit where his teams were horrible. Bill Belichick was only too happy to get him back in New England. Matt Ruhle, Joe Judge, Zac Taylor, and Vic Fangio can take a little comfort in their short stays so far. Fangio, in particular, better improve in Denver. Not many mediocre coaches make it beyond three seasons without some very positive things happening. Doug Maronne could not figure it out in Jacksonville and has actually become a top ten worst coach of All Time, a dubious distinction. 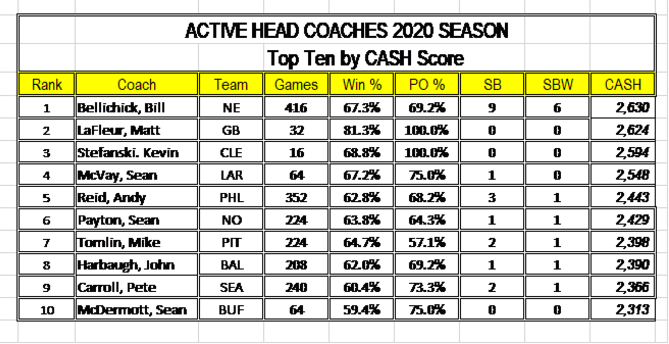