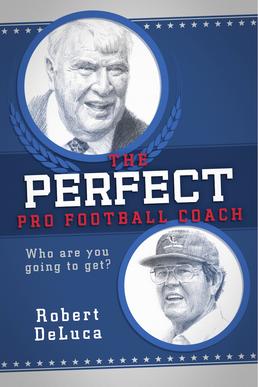 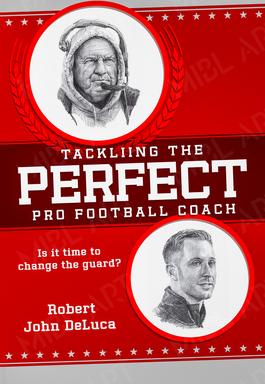 In order to bring together my observations of NFL head coaches, which extend for over a half century, I decided in this computer age to tear into the on-the-field records of every head coach. My very first awareness of the NFL was on the late 1950's and early 1960's as a Boston based New York Giant fan. I watched live and still clearly remember the 1958 Colts-Giants, Allan-the Horse Ameche ending classic in Yankee Stadium. I was thrilled just two years later when pro football came to New England with the rag tag Boston Patriots. With stops in Pittsburgh during the Bradshaw-Franco era and in Houston with Bum and Earl "Love Ya Blue" bunch, it has not been tough to follow the sport.

Coaching has always been fascinating to me because it is all so important but somehow very underappreciated. Coaches have always come in all shapes, sizes, and personalities. You certainly know after a few years if you have a good one, but was there any way to predict success before you take on a loser? To answer this question, I first developed a way to assess all head coaches across the board on empirical criteria which matter, and not based upon personalities or warm and fuzzies. My Coaching Assessment Scoring Hierarchy (CASH tm)system was therefore born. I then ranked every head coach since 1960. From that point I studied the qualities and attributes of both the top and bottom of my list to develop a profile of the "perfect NFL head coach."

In the "The Perfect Pro Football Coach", I describe this process and set out the entire list of best to worst. I made numerous surprising observations during my analysis. For instance, being a great player is not a key to NFL head coaching success. Great players simply have not made great head coaches. Another surprise was that you don't necessarily have to have ever been a head coach anywhere to be a good NFL head coach. Every owner seems to drool over the current crop of Division I hot shot college coaches, but they very seldom work out as NFL head coaches. It is also absolutely amazing how many NFL head coaches are canned, usually for good reason, only to re-appear as head coaches for another team. My research suggests than most head coaches perform worse the second time around than they did the first. Altruistic principles, aside I can also empirically demonstrate that minority drawn head coaches have preformed every bit as well as any other group.

Two important points must be made. The first is that my ratings are absolutely based in fact. There are no personality involved or fan favorite consideration. You can disagree with my factors and weightings but not my rankings based on my weightings. Secondly, I do not profess to know why, for instance, a coach from western Pennsylvania- eastern Ohio has a better chance to succeed, they just have.

"The Perfect Pro Football Coach" is  now available th Amazon, Barnes and Noble, and many others.

Here is the Amazon/ Kindle link:

Use our COST system to find a great coach!

One statistic transcends all others when it comes to the National Football League: WINS. WIN and much good will follow. Don’t WIN and nothing much good will follow. So, what does it take to WIN? It is very simple: hire the very best coach you can. Even with a terrific coach, it will still hard to WIN, but it is impossible without one. NFL teams have had a very poor success in finding a new head coach, We want to help improve the process.

We show you how in TACKLING THE PERFECT PRO FOOTBALL COACH. We build upon our previous book, THE PERFECT PRO FOOTBALL COACH, and present our simple but accurate method of assessing the potential of a coach under consideration before he is hired. We forecast his likelihood of winning using our CHANCE OF SUCCESS TOTAL (“COST") based upon how he stacks up against the best and worst head coaches of All Time.

Consider that from 2009 through 2018:
NFL teams hired 58 new permanent head coaches
Already, 45 of them have been fired outright and 4 left on “agreed terms”, so 49 are gone
Only 9 or 15.5% have proved to be successful
When our COST analysis is applied, prior to hiring, to those 58 coaches, our forecast as to “success” or “failure” has been right in 37 cases or 63.8% of the time
We have outpaced the teams by over four to one.

Find it on Amazon and Kindle.