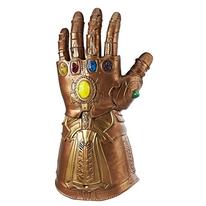 Who's in the middle getting beat up?

The annual coaching blood letting in the NFL after the 2020 season resulted in the hiring of nine new head coaches, including two interim moves during the season. We were not especially bullish about this group, although a few of them fared better than we expected.

As a group, they won 46 and lost 84 for a winning percentage of 35.4%, certainly not much better than their predecessors. It is important, however, to keep in mind that any coach needs at least three years to prove himself. Being judged by such a small sample is patently unfair.

Here is the report card:

It is very rare for a big-time college head coach to jump right into the NFL and be successful. I speculated that Urban Meyer might be the exception. Forget that. He couldn’t even make it through one season. Given what some call a generational quarterback number one pick, he got along with no one. I felt he would fail but being fired during the first season was a surprise. Hardly anyone besides me gave David Culley in Houston a chance. The naysayers turned out to be correct, although Culley got caught up in a strange situation there. He never really got a chance. Nick Siarianni took over a decent Eagles team just a few years after the Super Bowl. He exceeded my expectations and even made the playoffs. Arthur Smith produced another mediocre Atlanta effort.

Brandon Staley was a winner with the Chargers and just missed the playoffs. He inherited a talented team. Once again, the Jets stumbled around under Robert Saleh, who may be in over his head. I saw little reason for Lion fans to be excited about Dan Campbell. With the three wins. I was right. An interesting twist to this season is that when John Gruden was cashiered for his many email remarks, assistant Rich Bisaccia took over as an interim in Las Vegas. He went 7-5, made the playoffs and was not rehired.